This is only a partial list of what occurs. Until recently, all these changes were considered the inevitable events that occur on the journey to the senior years. Most of these changes start in the forties, become readily apparent in our fifties, and become a fact of life in our sixties and seventies, and beyond.

A safe and natural solution to this problem is to use bioidentical hormone replacement therapy to help reduce the aging process and prevent many degenerative disease.

What are Natural, Bioidentical Hormones?

In the iCloud of information from the media and among doctors, the debate rages about the risks of hormone replacement therapy. When understanding this debate it is really important to separate out the different kinds of hormones based on the chemical structure of these hormones. The natural hormones used at the Tahoe Natural Medical Center are identical in chemical structure to human hormones which are safe and even protective. In contrast, the more dangerous, non bio-identical hormones are not the same as human hormones, they are drugs that have hormone effects.

Sex hormones are important for healthy sexual function. But they also serve many other critical roles such as preservation of the bones, muscles, skin, hair, and joints; prevention of heart disease, cancer, strokes, dementia; optimal mental and emotional function. The benefits to replacing deficient hormones are obvious.

Other hormones include thyroid and cortisol, the adrenal gland hormone

Thyroid hormones are all bioidentical from desiccated thyroid like Armour thyroid or Nature-Throid to “synthetic” hormones like Synthroid and Cytomel. The benefits of the desiccated tyroid option is that it is a blend of thyroid hormones and other cofactors for thyroid health offering a more comprehensive benfit. The thyroid gland is typically underfunctioning due to stress, environmental toxins, and for women too much estogen. A low thyoid function typically causes fatigue, weight gain, hair loss, and mood changes.

The adrenal hormone cortisol is prescribed for Adrenal Fatigue Syndrome, a common cause of fatigue because the adrenal gland is worn out with chronic stress since it is the stress buffering gland. As the cortisol production drops the adrenaline (epinephrine) increases leading to a tired and wired state. Hydrocortisone (HC) is the adrenal hormone used at Tahoe Natural Medical Center. HC in high dosages is used as a drug to reduce inflammation in certain disease states like Lupus, Crohns, Rheumatoid Arthritis, etc. This higher dose has many side-effects associated with it but at much lower dosages it is used to support the under functioning adrenal glands. It is important to understand the differences in the dose and not the name, this is a problem that even pharmacists don’t seem to understand, which they should know better. HC can help you recovery your energy and vitality when used at the appropriate dose for adrenal gland health.

Hormone replacement therapy has its place within a comprehensive plan to support a persons energy, vitality, and prevention of chronic disease; including how a person eats, moves, sleeps, etc.

Yes and the argument should be if it is safe to not replace hormonal deficiencies. Studies on estrogen replacement therapy in women have shown that women who receive estrogen replacement therapy live longer, have lower incidence of disease, and have a higher quality of life then women who do not receive estrogen. This is also true for progesterone.

Studies on testosterone replacement in men have shown similar beneficial effects including the prevention and treatment of heart disease, diabetes, dementia, fatigue, endurance, and impotence.

There has never been one study that has indicated that replacing a deficient hormone with a bioidentical hormone is dangerous. Although, it is important to understand that many breast and prostate cancers are hormone responsive. This means that although hormones do not cause cancer, they will grow faster in the presence of hormone replacement therapy. For this reason, during the first year of therapy, men should have regular evaluations of prostate cancer and women should be evaluated for breast cancer.

What is Natural Hormone Replacement?

As we age into our 4th and 5th decade of life, our bodies begin to decrease the production of hormones like estrogen, progesterone, testosterone, thyroid, and adrenal hormones like DHEA, cortisol. These hormones are important for many functions in the body, essential for prevention of many chronic diseases and to promote optimal health and vitality. Natural hormone replacement refers to the medical treatment to replace these hormones, typically with creams, patches, oral pills, or shots.

The question is not if we are going to become hormone deficient, but rather one of when we will become deficient and how significant the deficiencies will be. The rate at which these deficiencies develop determines to a large extent how fast we will age and the level of risk for developing chronic diseases.

Dr. Jeff Hanson, ND, is an expert in natural and integrative medicine, offering the best of modern and alternative medicine. Licensed by the State of California as a Naturopathic Medical Doctor, Dr. Hanson’s approach is to return the patient to a lasting state of health by treating the cause of disease using safe, effective and natural treatments. 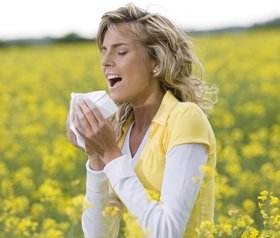 Got Pollen Problems? We Can Help

Spring is here in Tahoe and the initial signs of the green cloud is making its mark by means of sneezing, congestion, itchy eyes, scratchy throat, runny nose and other bothersome symptoms. Seasonal allergies also called Hay Fever and Allergic Rhinitis can make you miserable during this time of year.

END_OF_DOCUMENT_TOKEN_TO_BE_REPLACED A New Hope For Interstitial Cystitis

Ozone gas infused into the bladder has proven to be a very effective treatment for Interstitial Cystitis (IC). How does Ozone work? The ozone gas works by stimulating the cells of the bladder wall to heal and repair their function. Based on my clinical experience, I have seen an 80% success rate at curing this condition.

END_OF_DOCUMENT_TOKEN_TO_BE_REPLACED

What Our Clients Are Saying

So happy with my progress and it is definitely life changing.

If you have any joint issues go see Dr. Hanson. He's amazing! I've been so happy with my progress and it is definitely life changing. He listens, has a great bedside manner, and knows what he's doing. I've had prolozone shots in my neck, shoulder, back. I wish I could inject every joint in my body.

Yesterday I had about 60% less pain and today about 90%.  It feels like a true miracle. This the first time in 3 years that it doesn't hurt to sneeze.

After my prolo injection in my knee. I feel like I have a whole new knee! For the first time in awhile I woke up in the morning and started walking without limping and being hunched over. My dog is also happy, I am able to take him for walks again.

I just finished my 4th session with Dr. Hanson. My shoulder is totally pain free, did not require treatment this session, and is back to normal. My hip that was diagnosed as needing replacement, is now 95% pain free and has allowed me to Alpine ski 5 times this winter and back country ski on